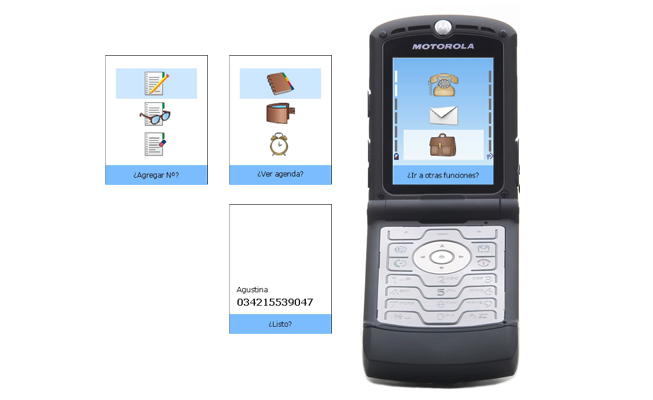 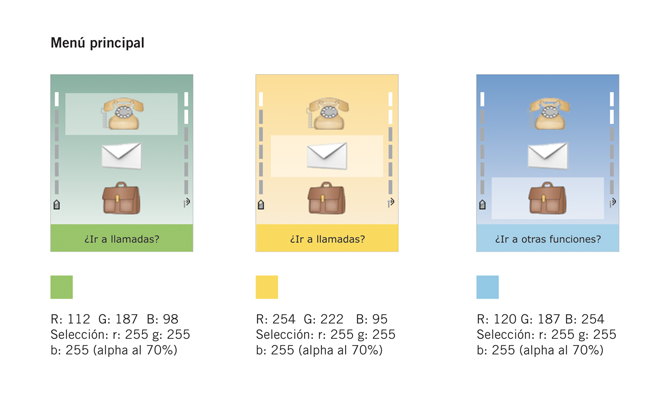 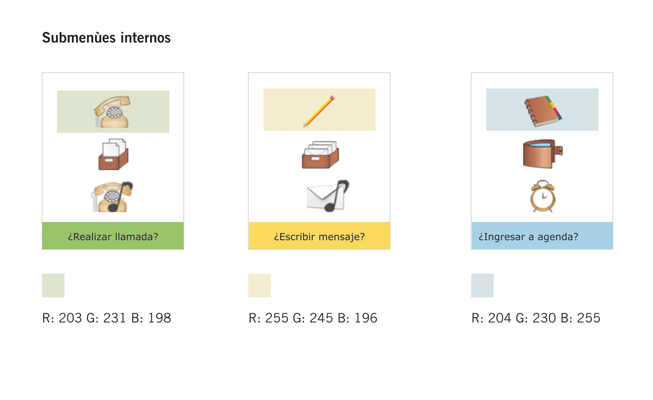 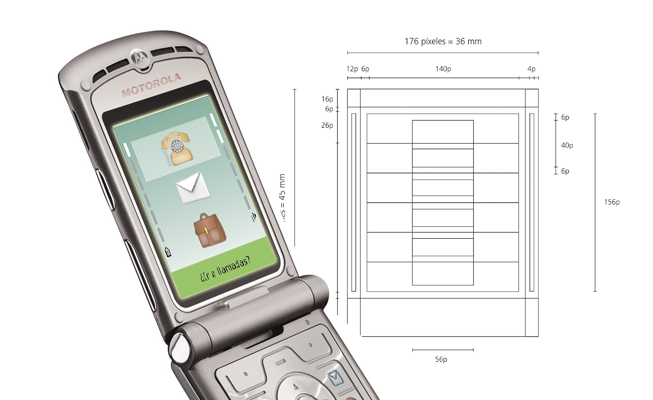 Decoding the digital language requires specific competences from the users, who can be classified as native and immigrants. The later group of users, who have no frequent access to new information technologies, usually face obstacles that make them stop using these technologies.

This project proposes a mobile UI specially designed for digital immigrants. Instead of using common elements from the new media, the interface elements are based on typical representations and methaphors from the non-digital world.

The solution proposes a structure of unitary linear routes based on binary questions, which produces a simplified and repetitive organization of functions, with highly visible feedback mechanisms.

Among the challenges, we had to tackle with the low definition pixel grid of mobile phones in 2006.